Dance music summit in Ibiza hears how DJs such as David Guetta are breaking the mould of US pop, collaborating with the likes of Will.i.am, Kelly Rowland and Britney Spears.

At the legendary Pacha nightclub in Ibiza, a group of four girls stalk past security wearing hotpants, vertiginous heels and T-shirts emblazoned with the name of the night: F*** Me I’m Famous. Like the thousands of others who have flocked to the club for the opening night of the party season, they have come to worship at the altar of superstar DJ David Guetta, who will play every Thursday until the end of the summer.

Dance music professionals, gathered in Ibiza for the International Music Summit (IMS) dance music conference, were as keen as the fans to pay homage to the Frenchman whose work has not only put a face to electronic music but has woken America to the dance scene.

“What has happened with David Guetta has totally transformed the landscape and has elevated dance music culture to it’s highest point in 20 years,” said Ben Turner, co-founder of IMS.

“We have been trying to break down the barriers of North America for so long, and now doors are opening on every level.”

Guetta is in the vanguard of a new wave of European DJs and producers who are working with the biggest acts in the US, influencing a sound that originated on those shores.

He has collaborated with urban music behemoths from Will.i.am of the Black Eyed Peas to Kelly Rowland, Akon and Kelis, and produced the top-selling digital track in history, I Gotta Feeling.

Now others are breaking the mould. Dutch DJ and producer Tiesto, joined by English-Canadian DJ Richie Hawtin, aka Plastikman, and big-name Canadian DJ Deadmau5, headlined the Coachella festival in the US this year, while Lady Gaga has made pop dance music ubiquitous on commercial radio.

Dubstep, traditionally a British dance scene, is also making waves over the pond. After collaborating with British singer and rapper MIA, Yorkshire-born dubstep producer Rusko was recently chosen by Britney Spears to produce tracks on her new album. Dance music has been promoted to the main rooms of many clubs, and has become the sound of cities such as Las Vegas, where DJ Paul Oakenfold recently had a club built for his residency at the Palms Hotel, according to veteran DJ Pete Tong. “Guetta has fanned the flames of something that has been growing steadily through the noughties,” he added.

The shift was brought on by a younger generation of dance music fans, traditionally excluded from the big clubs of New York and Chicago but embracing increasingly popular electronic music festivals including Electric Zoo in New York, and Electric Daisy Carnival in southern California which attracted 135,000 people last year.

“You have to be over 21 to go to a club but not to go to a festival. The under-21 scene is a huge phenomenon and that has given this new wave of dance music a real foundation,” said Tong.

Speaking to the Guardian at the IMS, Guetta said dance music was rediscovering its roots in the US. “House music and techno were born in the US. England made it trendy and even put it into pop, but it all started in the States.” The mainstream American press has been part of the problem, he said. “Dance music was for kids on drugs or gay guys. With the high tempo it was not the right format for radio and they said it would never work.”

Guetta’s collaboration with Will.i.am, often considered to be a turning point in America’s relationship with dance music, might never have blossomed had it not been for one of dance music’s secret weapons: an abundance of attractive female fans.

When Will.i.am went to a Guetta night in Ibiza, he came over to the DJ and the pair started jamming. Guetta later asked why he had come over. “He said: ‘All those hot girls were around the DJ booth, so I say I have to go to the DJ booth.'”

Guetta brushes away accusations that the new wave of dance music is too commercial. “Dance music is the only genre, until now, where being successful is a bad thing. It puts someone on top and then slaughters them,” he said.

“There is always going to be an underground scene and it’s really exciting. But what makes us strong is that there is some big names, some underground names, and the fact that we are all together makes the whole thing big.”

But some do worry that the boom in dance music in the US could threaten the authenticity of the scene, according to Ben Murphy, editor of DJ Magazine.

“In some ways it’s a double-edged sword. It’s exciting initially but could easily be used and abused. Some shockingly commercial efforts are going to give people the wrong idea about dance music in the States but hopefully people will also be exposed to the good side.”

The industry professionals gathered in Ibiza were determined to avoid the over-commercialisation of the scene, according to Turner.

“Dance music exploded in the 90s and then spectacularly imploded – people did crazy deals. We are in an amazing moment but we have to make sure we keep dance music in a good place and don’t seize on the wrong opportunities.” 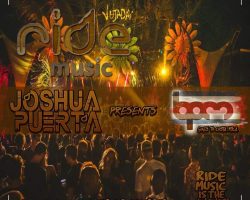