Why a Good Warm up DJ is Hard to Find 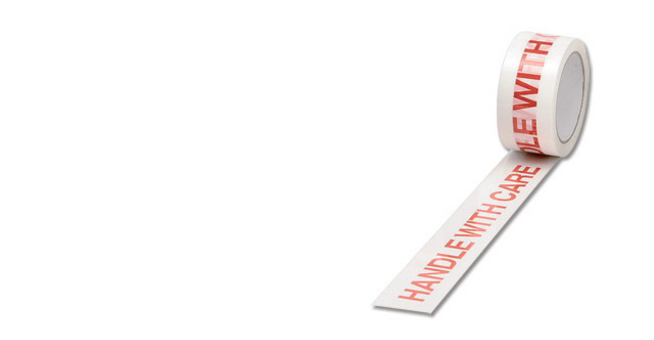 In an interview with inthemix, Ben Watt once likened a DJ’s job to an ‘ambience coordinator’. Never is that statement truer than in the case of the warm-up DJ. The selector tasked with bringing a dancefloor to simmering point, engaging feet while never stepping on the headliner’s toes, may have the most important job on the night. But is that balancing act of restraint and anticipation a dying art in our clubs?

ITMers will remember well the protest launched by Danny Howells after he was forced to follow an overly banging warm-up set in Perth. “I’m supposed to be promoting my Renaissance CD,” he wrote at the time. “I don’t know how I’m supposed to promote it or play remotely in that style when opening DJs decide to play techno/trance at 132-BPM right before I go on.” It’s a complaint aired often, and not just in Australia. In a Resident Advisor article on the same topic, Lee Burridge remarked that he has sometimes “had to kill the music altogether to reset the energy”.

It’s a situation many of us would have witnessed – an international guest pulling it way back after the opener has taken it to 4am by 11pm. Then, even more troublingly, there’s the warm-up DJ who decides to play the headliner’s signature tunes. When done right, though, an opening set can eclipse the main event. No one’s saying it’s an easy brief, though.

Karl Pownall – whose Democracy night in Perth has hosted Robert Hood, Carl Craig and Audion to name but a few – puts it in no uncertain terms. “It’s easily the most important part of the night’s progression,” he tells inthemix. “It’s something that on the face of it seems an extremely easy thing to do, but in practice is more often than not the part that goes wrong.”

From his experience steering the esteemed Darkbeat parties in Melbourne, Darius Bassiray has a similar take. “It is often a more crucial set than the headline set, as if it’s not done correctly, the rest of the night musically can go downhill.” Paul Azzopardi, promoter of Sydney’s Chinese Laundry, agrees the night hinges on the right start. “It’s the most important aspect of the night in general, regardless of international support or not. If the opening DJ just smashes it out at high BPMs or belts out hits, the rest of the night will fall flat on its face.”

So if the warm-up set is “more often than not the part that goes wrong”, what’s the reason? When inthemix put that question to promoters and DJs, the general consensus seemed to be: unfamiliarity with the headliner’s current style, inexperience, an insatiable need to play bangers…and just good old fashioned show-boating. “Through a lack of research before a warm up set, a DJ may be unaware of possible changes in style the headline act has made over the years,” Pownall continues. “Other times it just comes down to their ego and they just don’t want to play second fiddle when they know that’s what they’ve been booked for.”

While he draws from a small pool of talent for the Democracy events, Pownall believes the dependable opening DJ is indeed a dying breed. “In Australia, I think it’s already too late on the whole,” he continues. “When the current crop of DJs who understand and appreciate the culture and history of DJing hang up their cans there’s no one to replace them. The up-and-comers now think dance music started when they bought their first set of CDJs.”

One further theory on why there may be less warm-up specialists around is Australia’s appetite for festivals, where DJs go all out for 90 minutes – often on a stage line-up with no real musical cohesion. Then of course there’s the argument that good salespeople don’t always make the best mood-setters, a point that Sydney-turned-Melbourne DJ Claire Morgan weighs in on. “This brings up yet again the curse of the promoter-DJ, with event organisers booking warm-up DJs based on their willingness to get spam-happy on Facebook and sell tickets,” she reasons.

“The ramifications of this are huge – placing all the importance on the headliner rather than creating an interesting progression of music throughout the night leads to a lost opportunity to foster local artists and DJs that deserve exposure purely because they are talented, not because they are happy to promote.”

Ahmet Atasever from onSide Entertainment has an interesting take on why some trance warm-up DJs forget the job they’re hired to do. Having just taken John ‘00’ Fleming around the country on the Liberate tour, Atasever is well aware of the sturdy platform that headliners require. “The risk of [the skill] being lost is probably the younger guys seeing the likes of Armin and so on play certain tunes and thinking they can get away with playing the same stuff at the beginning of the night. I remember when I was starting, all I wanted to play were the big tunes, but learnt that there was more to an event than what I wanted to play.”

Learning there’s more to an event than your set is what makes a good warm-up DJ. Sydney stalwart Robbie Lowe is a proven expert at keeping it reined in. “Ideally you want to create an energy that is excitable but restrained,” Lowe tells inthemix. “In saying that, you don’t want the mood too relaxed either. So it’s a fine line, as you’re constantly giving or taking away what the dancefloor needs. If you do this right, the international will be stoked and itching to jump on the decks.”

Typically, the idea of playing to your time-slot is associated with the likes of house, techno and trance, where the ‘journey’ of a night is paramount. But it’s equally important in other strains of dance music. Sang Pham has long championed broken beats in Brisbane with the Breaks & Enter parties, and there’s a fine art to the warm-up sets there. “Running broken beat nights, our music policy is generally limited to those genres or music that sounds similar,” he says, “but there are certainly a lot of options to move around within those guidelines and still play a tremendously diverse set. It’s not really about ‘what can you play’ but more about ‘what shouldn’t you play’.”

When a warm-up set goes right, it can be a tremendous buzz both for the dancefloor and the DJ. More often then not, it’s down to the promoter booking the right ‘ambience coordinator’ for the job. And all of our interviewees agree: if you know where to look, there are plenty of parties that value the skill. “Most good, proper parties in Melbourne take the warm-up set very seriously,” says Darius Bassiray, and he could be talking about any of our cities. If you seek out those ‘proper’ parties, don’t forget to arrive early…

To read complete article please click on the Source.